I like to imagine this was Elizabeth Warren’s reaction to seeing Scott Brown’s Cosmo Centerfold….

It certainly reflects mine… 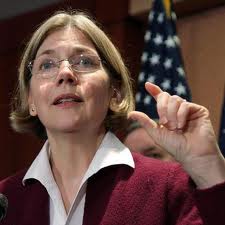 For Reference:  The Current Senator from Massachusetts: 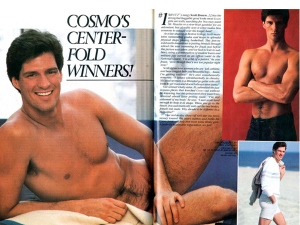 Cute don’t cut it when compared to smart…..

One of the lessons of growing older…..

It’s time someone taught Scott Brown that….He’s cruised by for too long on his looks and manufactured image.

I’m hoping Elizabeth Warren will prove me wrong on my estimation of the intelligence of the American Electorate and be the first Woman elected President of the U.S.!

Don’t own the copyrights…just saw these pics on the web….

Elizabeth Warren and the Social Contract

The more I see of Elizabeth Warren, the more I love her….

She is one smart – brilliant- woman and I hope to God she gets elected to the Massachusetts Senate seat so she has a platform to run for President in 2016.

I also love that she talks about the Social Contract.  I was thinking I was the only one left who believed there was such a thing….

If I didn’t despise Patrick McHenry so much, I would do this myself….

But I just can’t make myself “like” him under any circumstances….

I’m just going to set back and wait for his career to explode….

Rep. Patrick McHenry’s pants may not be on fire, but his Facebook page is getting thoroughly flamed after he called Elizabeth Warren a liar Tuesday in a subcommittee hearing.

Fans of Warren think the North Carolina Republican took some unacceptable liberties with the boss of the nascent Consumer Financial Protection Bureau (CFPB), and they’re demanding that he get some McEtiquette and apologize.

Hundreds — and probably thousands — have flocked to McHenry’s fan page to singe him.

“I ‘like’ the fact that thousands, if not hundreds of thousands of Americans are appalled by your behavior,” wrote Jill Budzynski. “You are an insult to the title of chairman of any committee. It is out of order to abuse a loyal public servant who is trying her best to accommodate your flip-flopping of schedules. How reprehensible to accuse her of lying. Apologize now.”

The dust-up Tuesday came near the end of a hearing on the CFPB when the Oversight Committee’s top Democrat, Maryland’s Elijah Cummings, noted that Warren had stayed beyond the time he had seen agreed to in internal committee communications.

But McHenry denied there was any agreement, even though the hearing time had been changed as recently as that morning to accommodate the subcommittee. “You’re making this up,” McHenry told her, to her shock and gasps from the hearing audience.

Warren and her staff had the same understanding as Cummings, and sources confirmed the previously agreed upon timing for The Huffington Post.

Warren is an extremely popular figure among people who think Wall Street and the big banks need to be reined in, and they’re expressing their displeasure on Facebook — even if it galls them to have to become a “fan” of McHenry to do so.

This is an interesting article that shows several things:

The subcommittee chairman, Rep. Patrick McHenry (R-N.C.), began the proceedings by suggesting Warren had lied to the committee in a previous hearing that had questioned the CFPB’s role in offering advice to state attorneys general negotiating a settlement with abusive mortgage servicers.

At the time, Warren said she was proud her agency had been able to help, at the request of the Treasury Secretary. But McHenry brought up the memo again, suggesting it showed that she hid a larger role in the negotiations from Congress.

“This is our job, and we’re trying to do our job, to be helpful to other agencies, and to help those agencies to hold those who break the law accountable,” Warren said, repeating that she was proud of the work.

The exchange prompted Rep. John Yarmuth (D-Ky.) to say he was sorry.

“I apologize to the witness for the rude and disrespectful behavior of the chair,” Yarmuth told Warren. “The questioning of your veracity when there is documented evidence that you are being totally truthful indicates to me that this hearing is all about impugning you because people are afraid of you.”

But perhaps the ugliest moment in the contentions sessions came at the end, when Rep. Elijah Cummings (D-Md.), the top Democrat on the Oversight Committee, pointed out that based on the emails his staff had gotten, McHenry was keeping Warren later than an agreed 2:15 p.m. ending time.

The session had been moved repeatedly, with the timing changing as late as Tuesday morning.

But McHenry insisted there had been no agreement, even though he, the subcommittee members and Warren all arrived there an hour early.

“I’m not trying to cause you problems, Ms. Warren,” McHenry said.

“You are causing problems,” Warren answered. “We had an agreement for a later hearing. Your staff asked us to move around so that we had to change everything on my schedule to try to accommodate your time…”

“We agreed that I would be out of here at 2:15 because there are other things now scheduled at 2:30,” she said.

“That was a request, ” McHenry snapped.

“Congressmen, you told us one thing,” Warren responded

“I did not tell you anything,” he shot back, before adding to audible gasps in the hearing room: “You’re making this up, Ms. Warren. This is not the case.”

A shocked Cummings intervened, saying: “You just accused the lady of lying. I think you need to clear this up with your staff.”

Cummings noted the time changes in the hearing, and a CFPB source later confirmed to Huffington Post that there had been a specific agreement.

via Elizabeth Warren Called Liar At CFPB Hearing By Republicans Who Botched Facts On Agency (VIDEO).